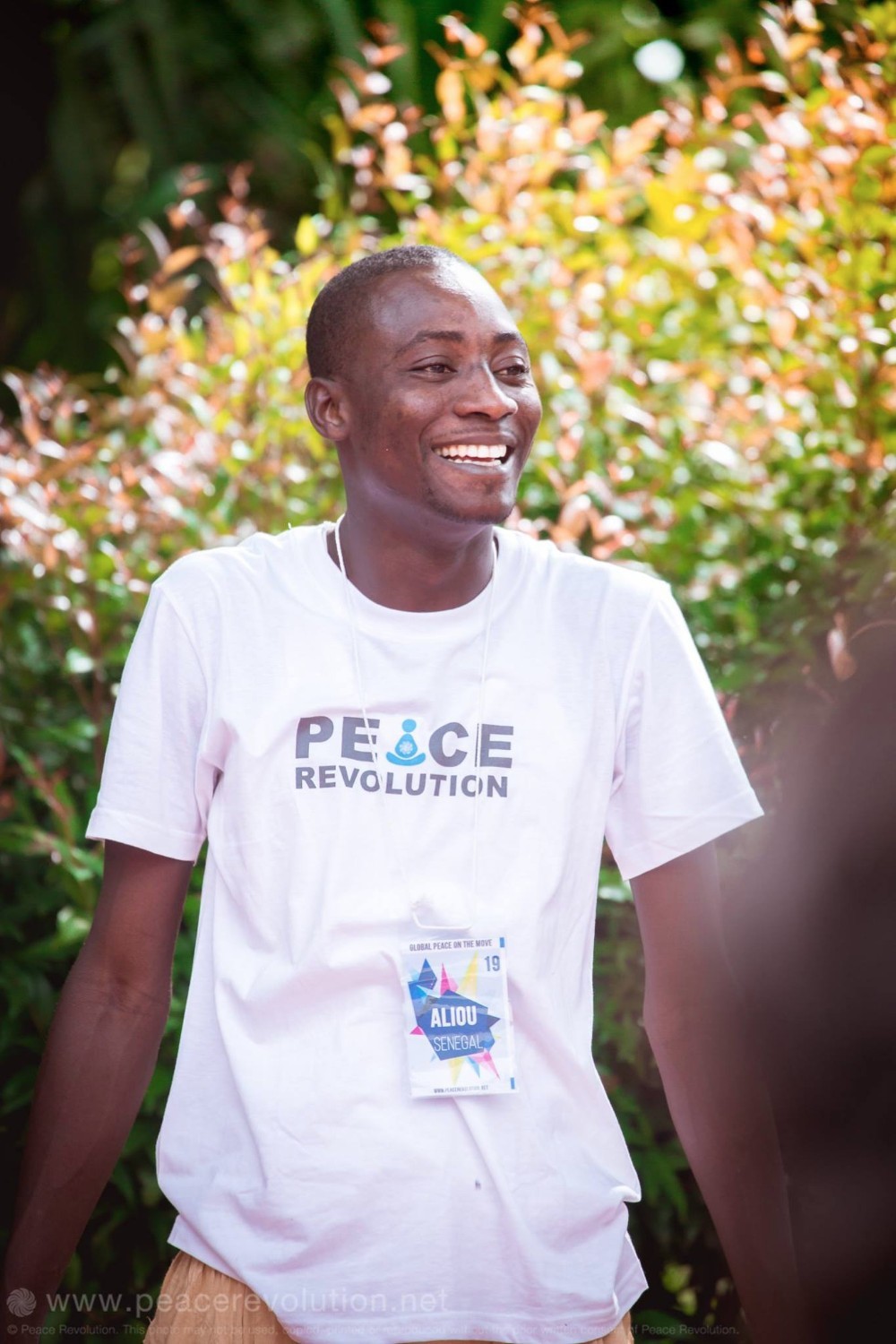 The Peace Revolution family deplores profoundly the death of Aliou Diaboula, a fellow of the Global Peace on the Move 19, who passed away on 23rd August, 2016 in an accident which occurred during a trip to Huay Krating Lake in Thailand.

Aliou Diaboula was 29 years old and an outstanding young man with a heart full of love and compassion. He was a committed leader who played a paramount role in his community. At a tender age while still in high school, he founded an organization named No Female Genital Mutilation. With that organization he was able to save as many young girls as possible across Senegal educating people on the importance of avoiding such a practice, and had managed to prevent several cases of genital mutilation. He was also very concerned by girls’ education and tried through his organization to send many young girls, living in villages with difficult access to education, to school so that they learn how to read and write. It is worth mentioning that Aliou was never paid for his work, and did all that because of his great generosity and altruism.

Aliou always tried to give his best in order to make other people happy, and his death is a great loss for our organization and our goal toward peacebuilding in the world. Although he is of blessed memory today, he has left a great legacy to humanity by showing us that we can always start somewhere to make a difference in this world. He was truly a role model.