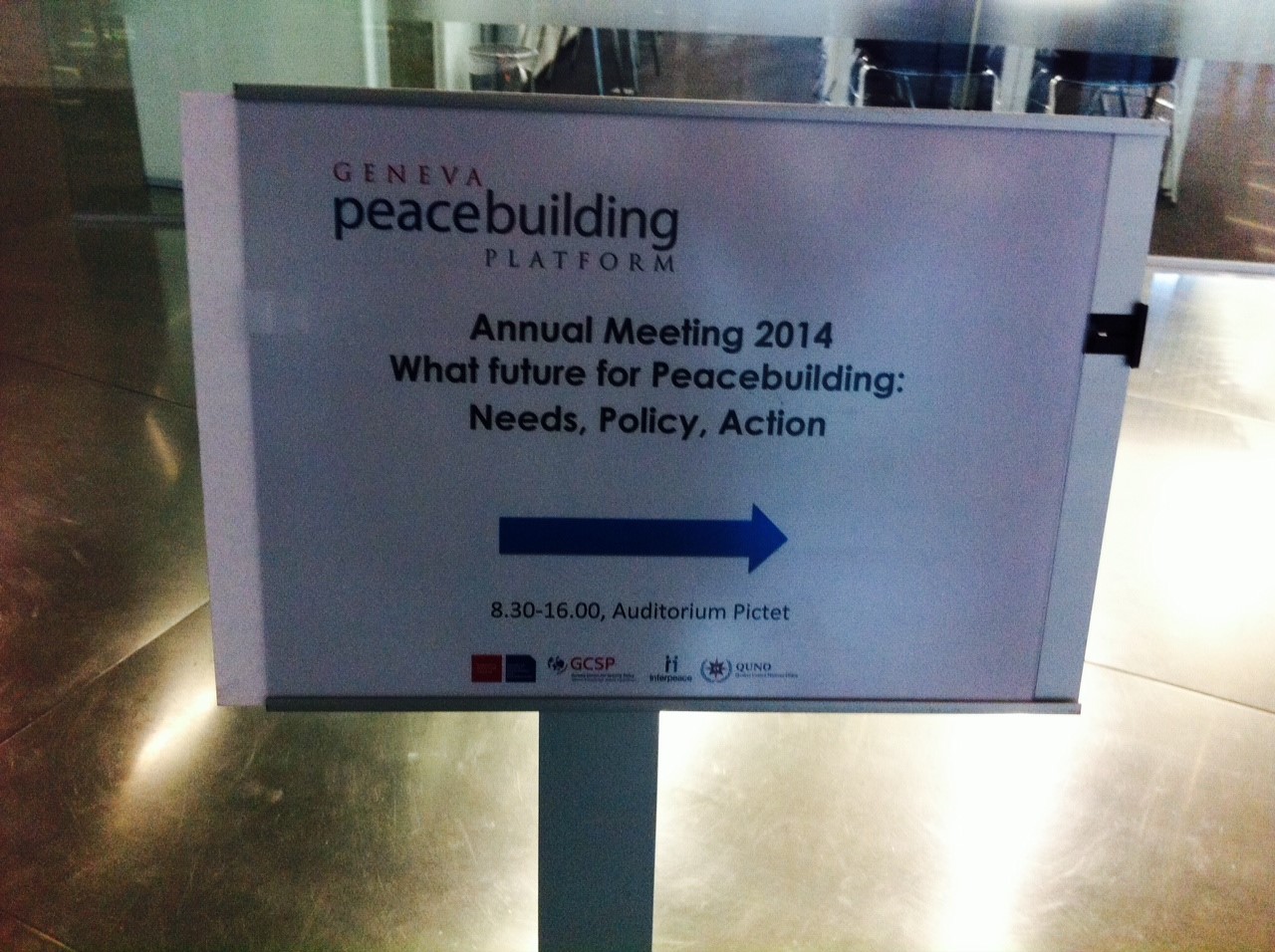 The Geneva Peacebuilding Platform (GPP) is a joint project of four institutions: The Centre on Conflict, Development and Peacebuilding (CCDP) of the Graduate Institute of International and Development Studies, the Geneva Centre for Security Policy (GCSP), Interpeace, and the Quaker United Nations Office, Geneva (QUNO).

This Annual Meeting took part during the Geneva Peace Week 17th - 21st November 2014, under the patronage of United Nations UN and GPP.

Within 3 sessions of panels and discussions, the conference was framed by the main question: "How does Peacebuilding practice need to change today in order to be ready to face the future?" 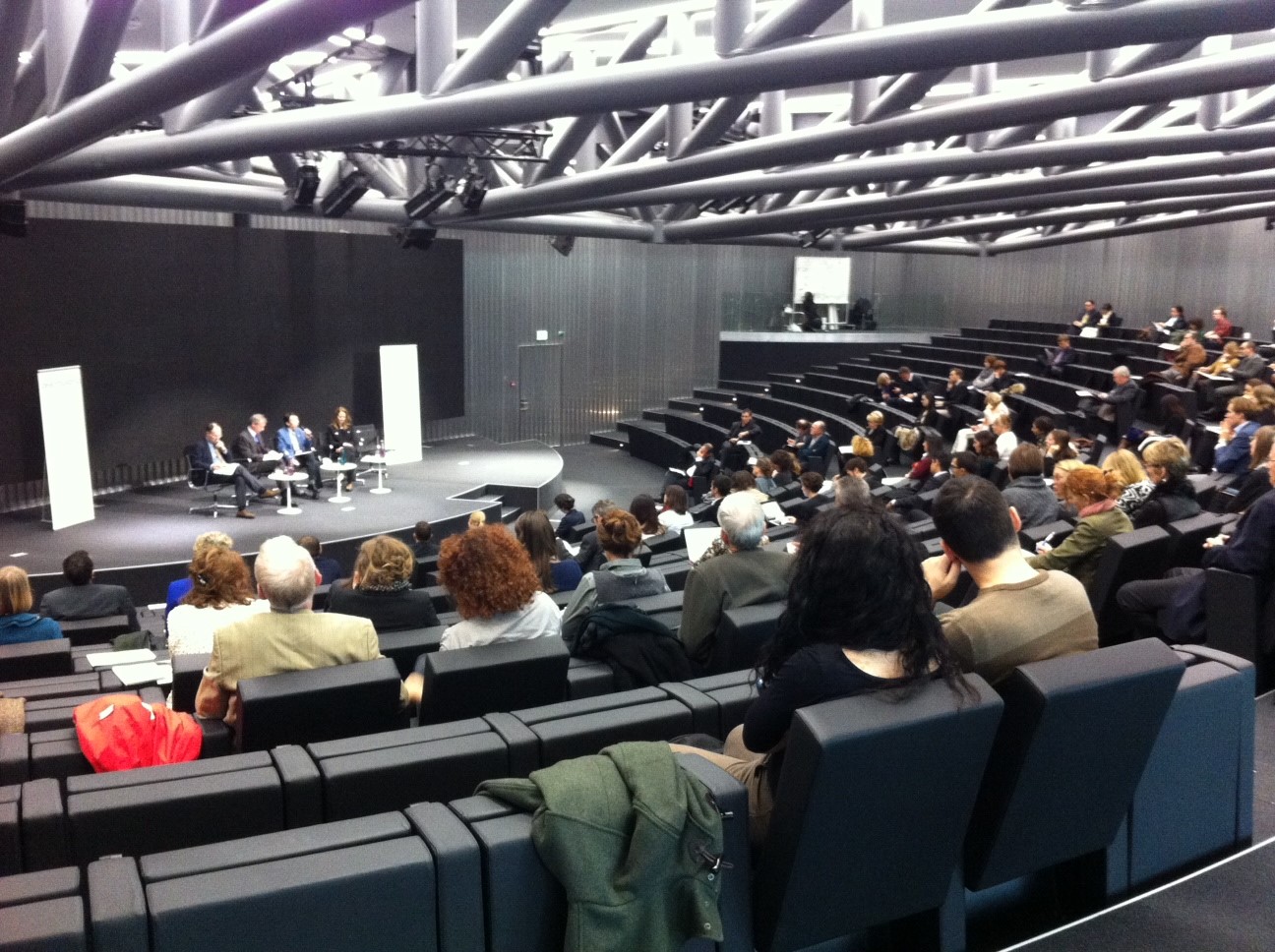 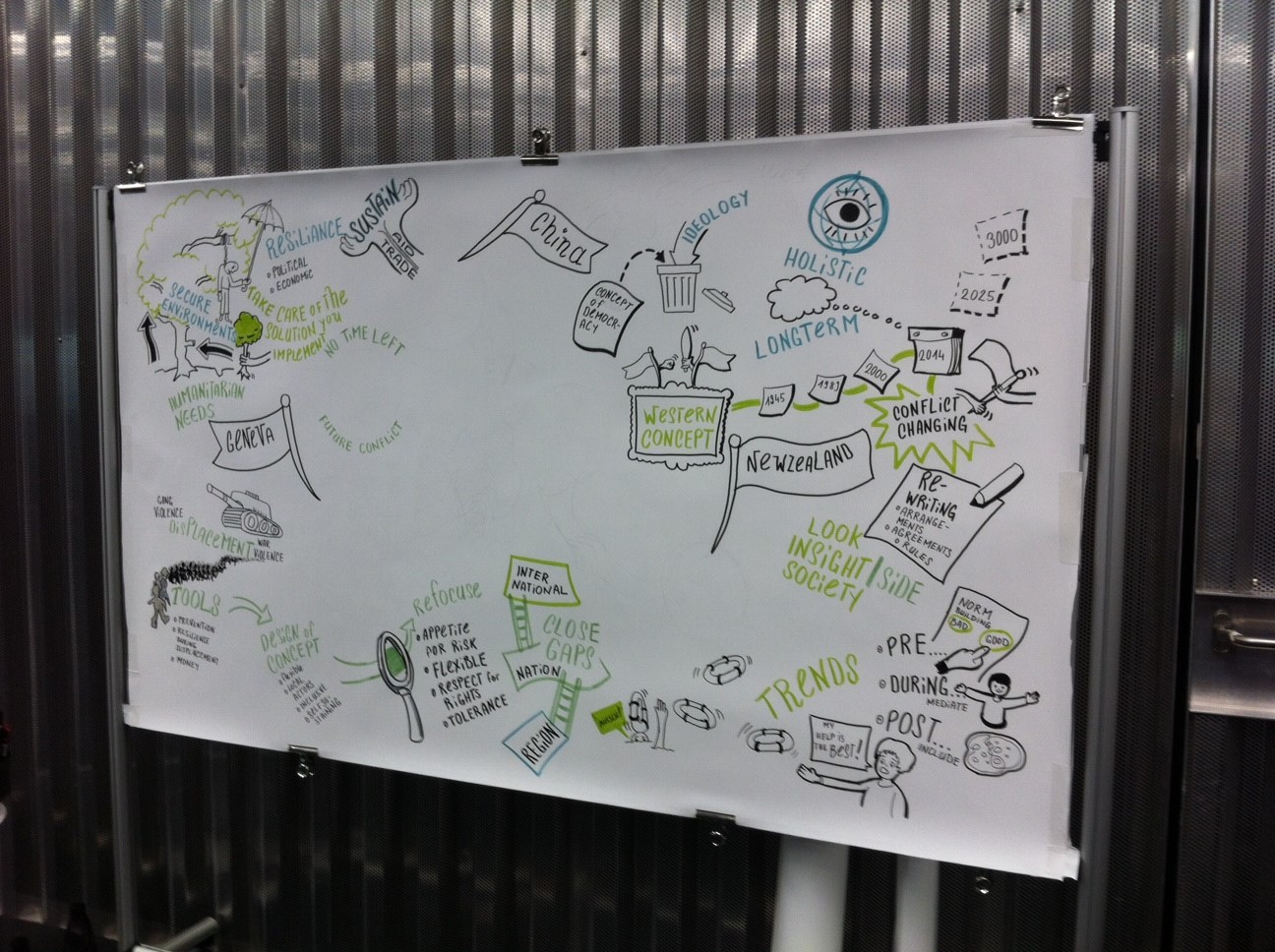 The first session was defined by the statement "Peacebuilding: What spectrum of perspectives?" Yvette Stevens, the Ambassador of Sierra Leone, launched the issue of "youth unemployment" in her country, which in fact is also a general issue. Starting from this point of view, the main topic now becomes the exclusion of youth from the society. This raises the focus on the improvement of peacebuilding practice to help solve this problem. Also, Steve Killelea, Founder and Executive Chairman at Institute for Economics and Peace in Sydney, shortly explained the importance of peace in the business sector. 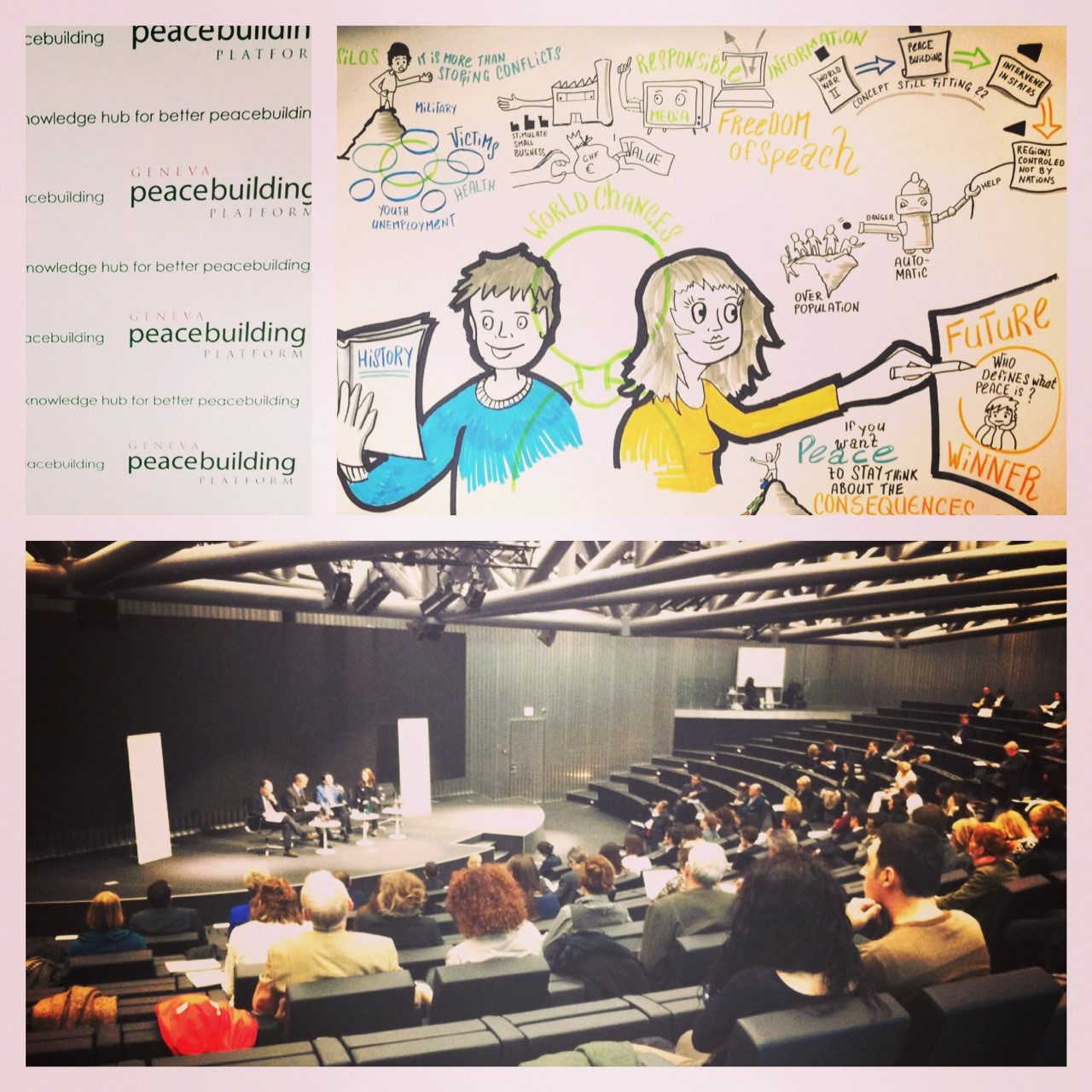 An interesting and realistic approach concerning the issue "What is the future for peacebuilding practice?" was presented by Helena Puig Larrauri, Co-founder of Build Up, a social enterprise working at the intersection of technology, civic engagement, and peace. She spoke about “non-traditional” tool for peace, providing different backgrounds as examples from Cyprus or Egypt, where individuals or local community started to build up frames, online platforms in order to solve local problems concerning peace and non-violence in their zones.

Helena Puig’s approach for peacebuilding practice is also concerning and sustaining these online tools to build up peace, as they are more efficiently and easy to get. This may be a further proposal collaboration for WPI, Peace Revolution project which is based on the same principle: the main idea to grow peace from individuals, one by one.

To have a brief review and interpretation, Gabrielle Schlipf, graphic recording from Berlin, MOMIK, was invited to draw effectively the presentation and discussions.

Peace Revolution was represented in the public conference by our Romanian Peace Agent, Cristina Matei. We were glad to take part in this event, to learn and to share ideas concerning the future of peacebuilding and its practice around the world! 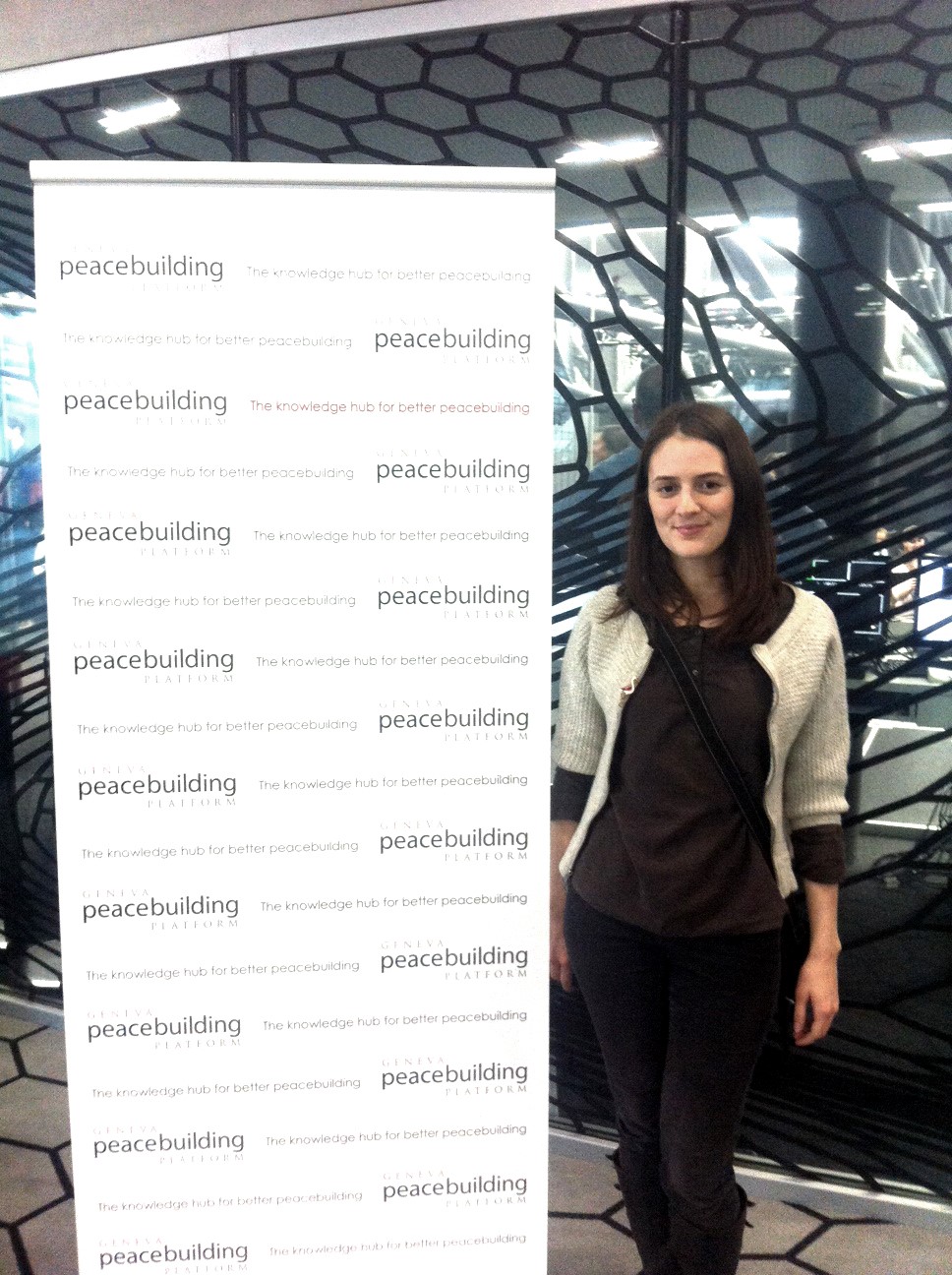