On 4 November 2014, Peace Rebel Dennis Araujo and Peace Agent Yarolslava Shekina headed to Jorge Chavez Airport. Along the way they encountered heavy traffic, cars honking, and impatient drivers hurrying to get home. This is typical when you’re driving in Lima, the capital and largest city of Peru. 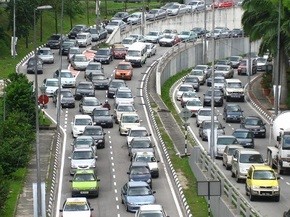 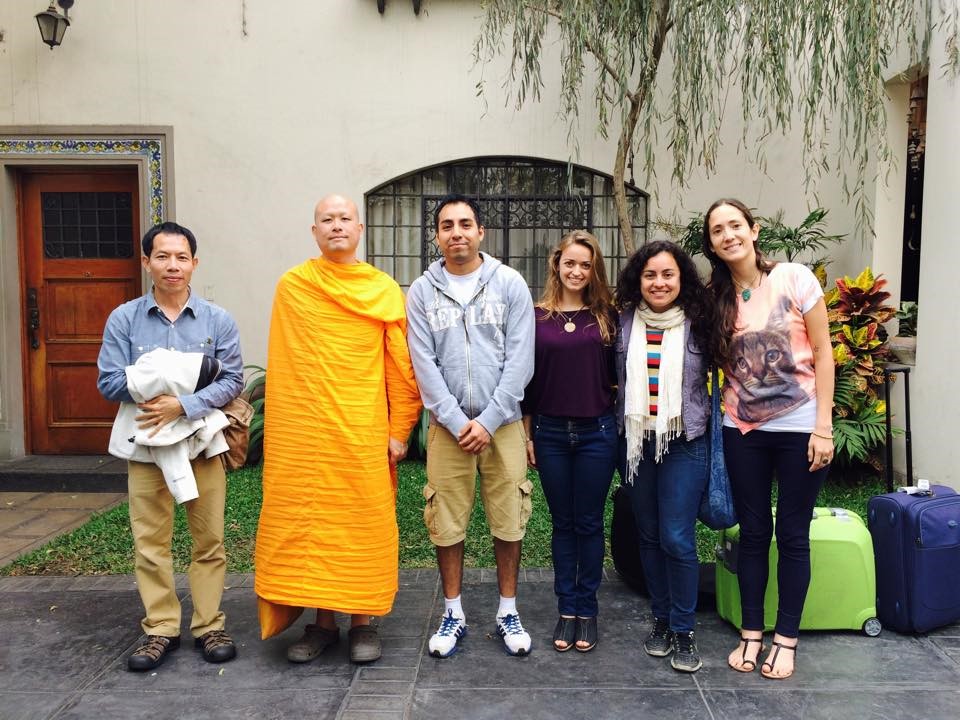 Despite the inconvenience of the traffic, there was a Sabai feeling in the air once we arrived at the airport. We have the honor to meet LP John in Lima again. There were no flowers, no balloons, no hug (because LP John is a monk), just a simple warm greeting.

We later joined the friendly Peruvian team for the organizational meeting led by Peace Architect Gaby Velarde. The meeting ensures LP John’s 2-week stay in Peru will go smoothly according to schedule. 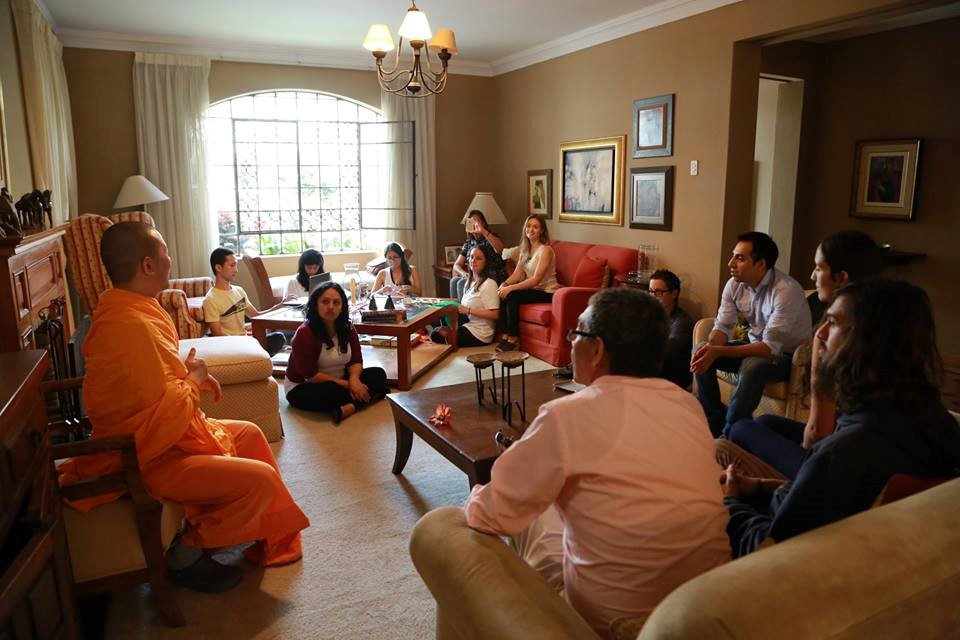 This is LP John’s 4th visit to Peru. In this country, there is a strong, organized, and committed team of volunteers who never fail to promote Inner Peace through meditation and relaxation with healing music. For Yarolslava, who is Russian by origin, Peru has also become her home, a place that she cares about.

Yarolslava’s “Peace Story” began back in October, 2013, when she was first introduced to inner peace by two Thai monks, LP John and LP Prakit. Since then, her inner development has doubled its force. 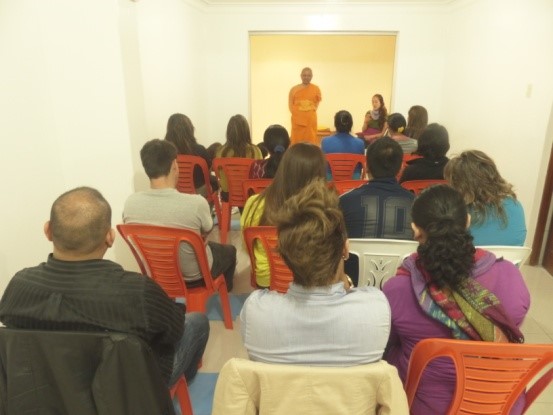 One year later, with an everlasting faith in a better world, Yarolslava stands in front of 54 people who are opened to the western wisdom. She translated the monks’ teachings and skillfully guided meditation from English to Spanish (neither of which is her native language). After all, the only language that matters here is that of the peaceful mind. Yes, two people whose mind are peaceful CAN understand each other without saying a word. But the same two people whose minds are angry, selfish, and worried CANNOT. Can you just imagine if everyone in this world have a peaceful mind?

Rome wasn't built in a day. However, if you build yourself a cozy house where everyone can see that you’re safe and comfortable, they will want to build a house as well! How long will it take you to build the house? That doesn’t really matter. What matters is the process and the warm feeling of self-contentment.

So here we are, building a cozy place for our minds to rest. And when there is an opportunity, we can help others find the right tools for their “construction” as well.

This time in Lima, Peru, there were eight successful presentations by the monk. For many people, this was their first meditation experience. They later described meditation as: “finding inner peace”, “an absolutely stunning experience”, “peaceful”, “relaxed”, “first time with no thoughts”, “happy”… 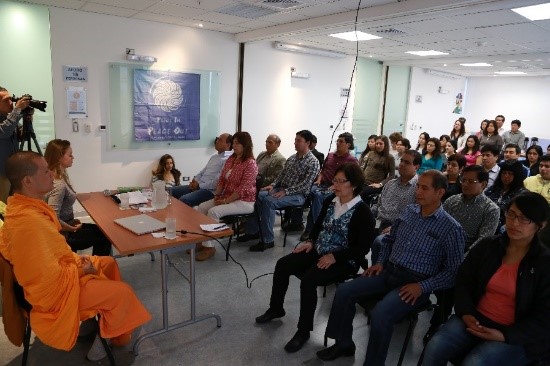 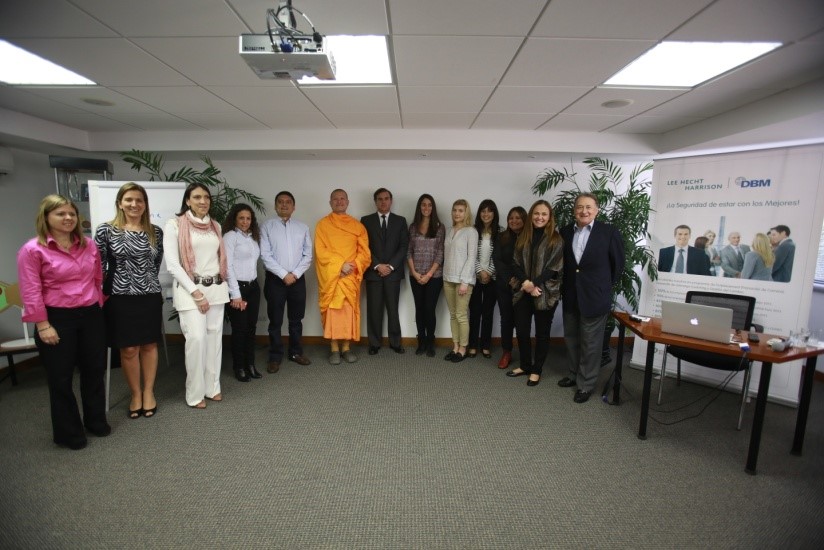 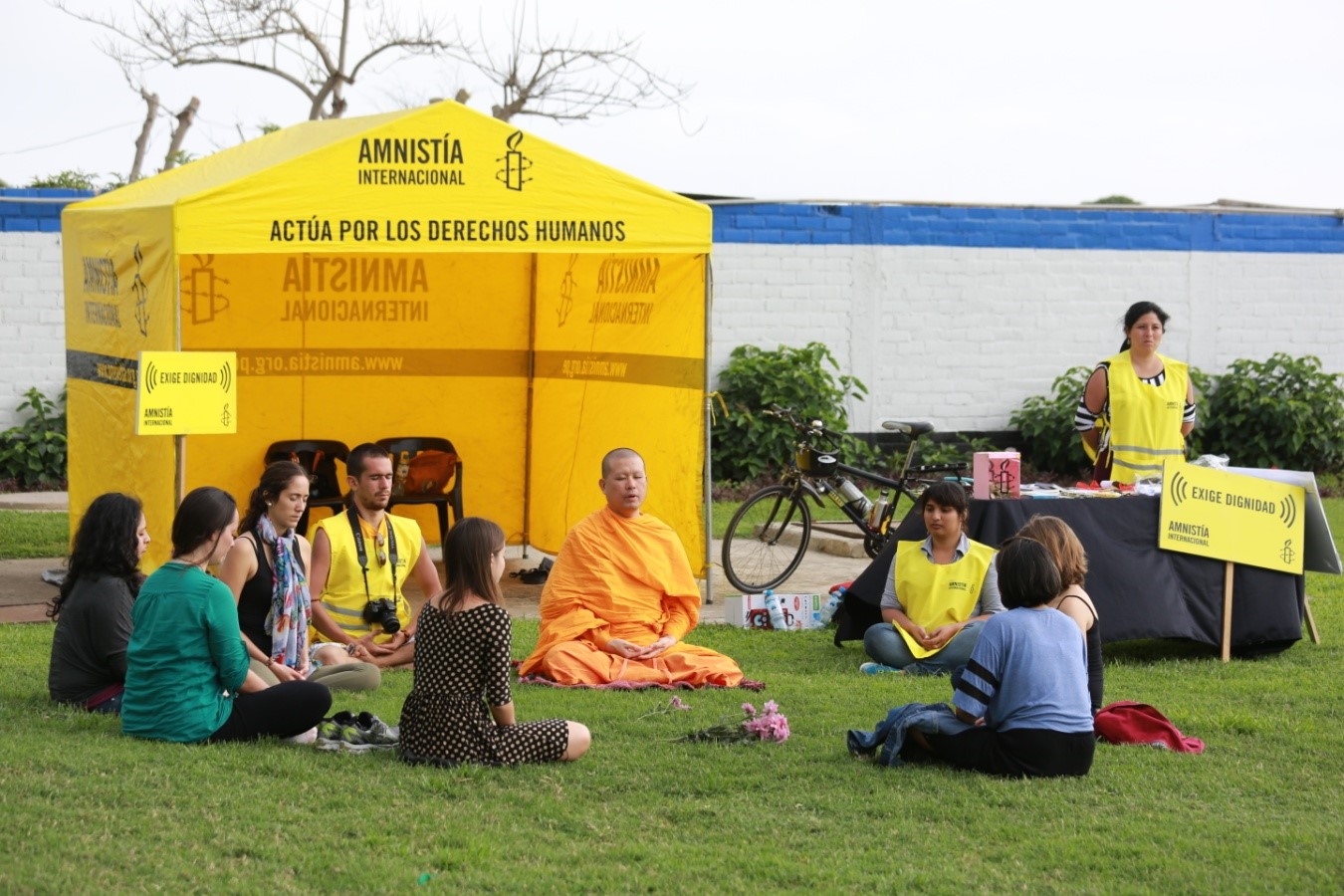 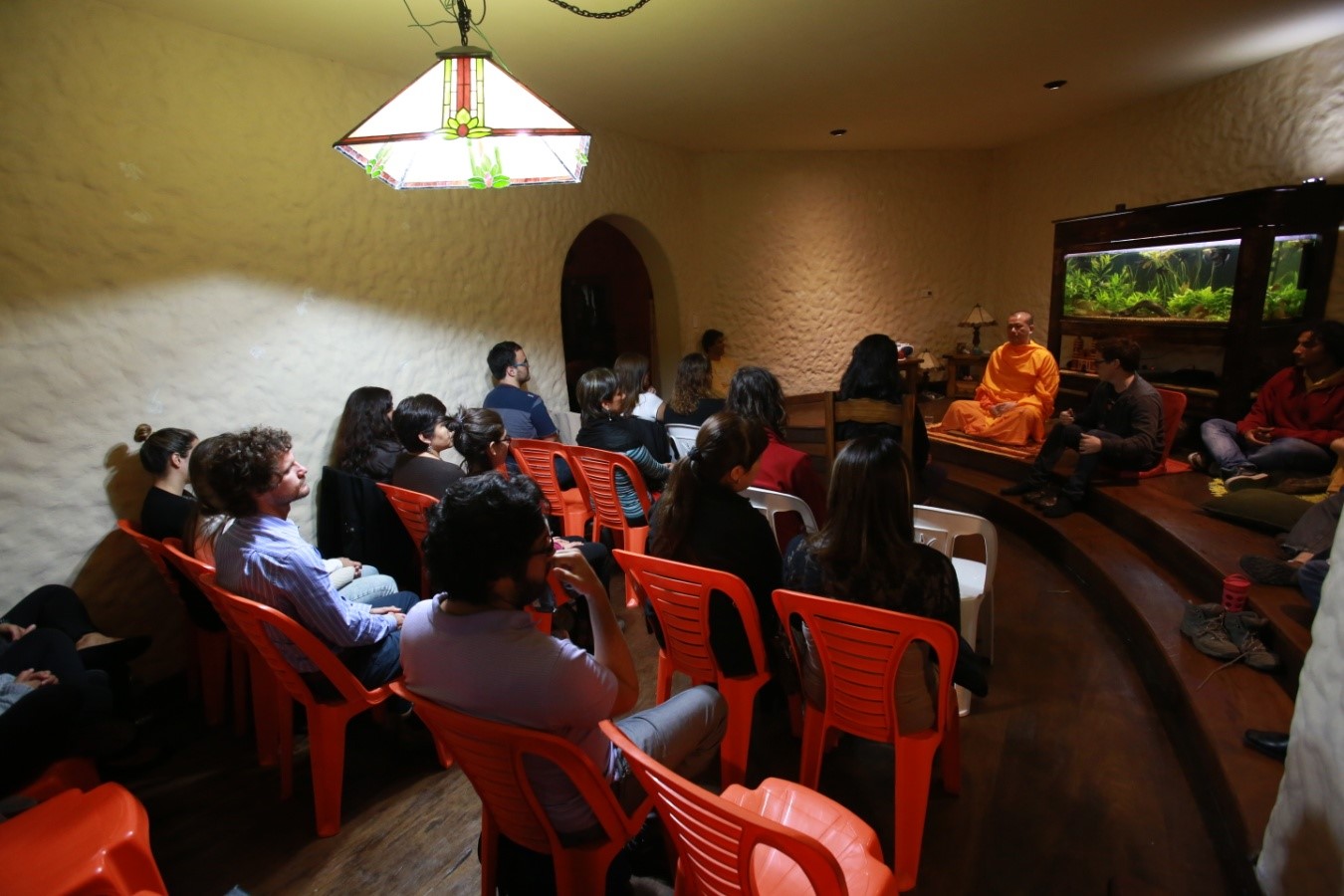 The presentations were given at the following locations: an important HR company, yoga center, gym, Energy Company, private school, and universities.

There was one important event that took place on a grand scale and sold more than 100 tickets. It included a beautiful concert of healing sounds (by Kymatica), connecting the attendees with nature. The event was powerful, relaxing, and actually prepares people for deep meditation. LP John had a wonderful experience to be heard by many searchers of the inner peace. 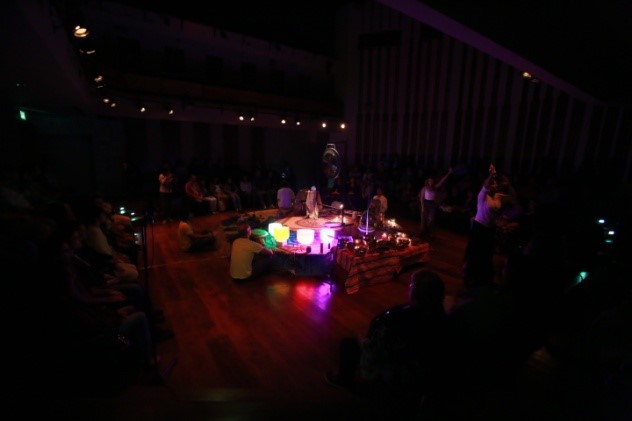 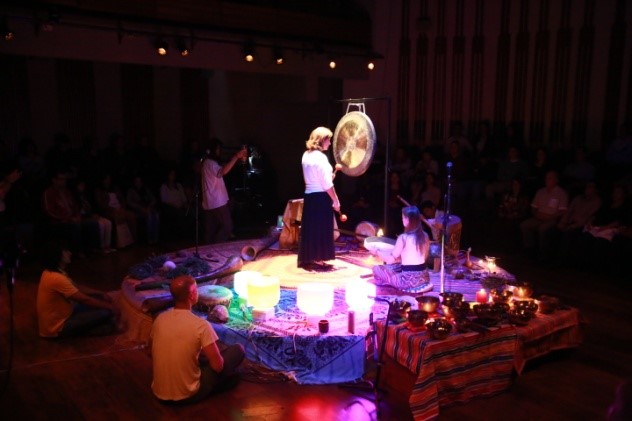 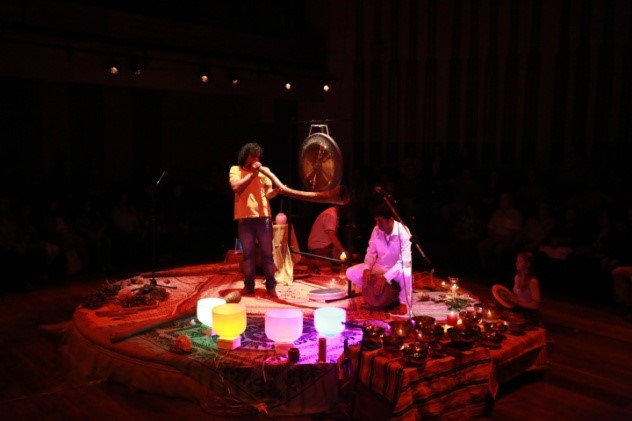 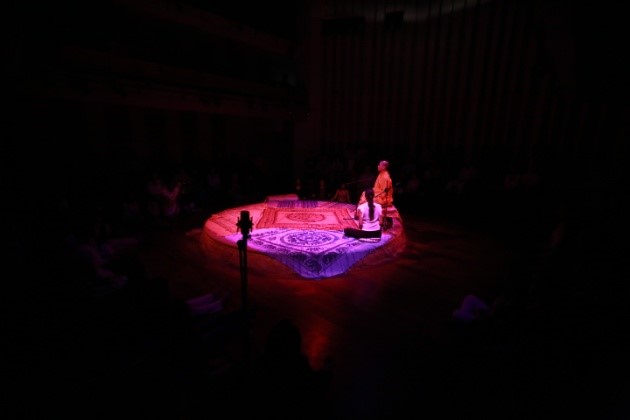 During his last days in Peru, LP John and his crew spent the time in Chosica, a district of the Lima Province in Peru. A 2-day retreat was organized mostly for volunteers, and by volunteers.

LP John and the participants had a wonderful experience. They enjoyed meditating 4 times a day, yoga, attending healthy eating workshops, and witnessing the Kymatica concert. The event came to a conclusion with a beautiful ceremony of candle lighting.

After this event, everyone feels renewed, reconnected, with fresh and positive energy to continue the mission… PIPO!!! 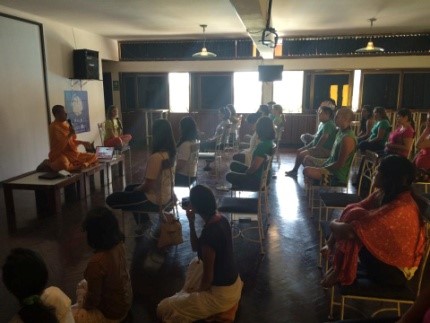 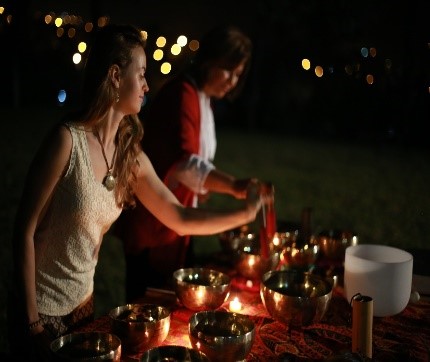 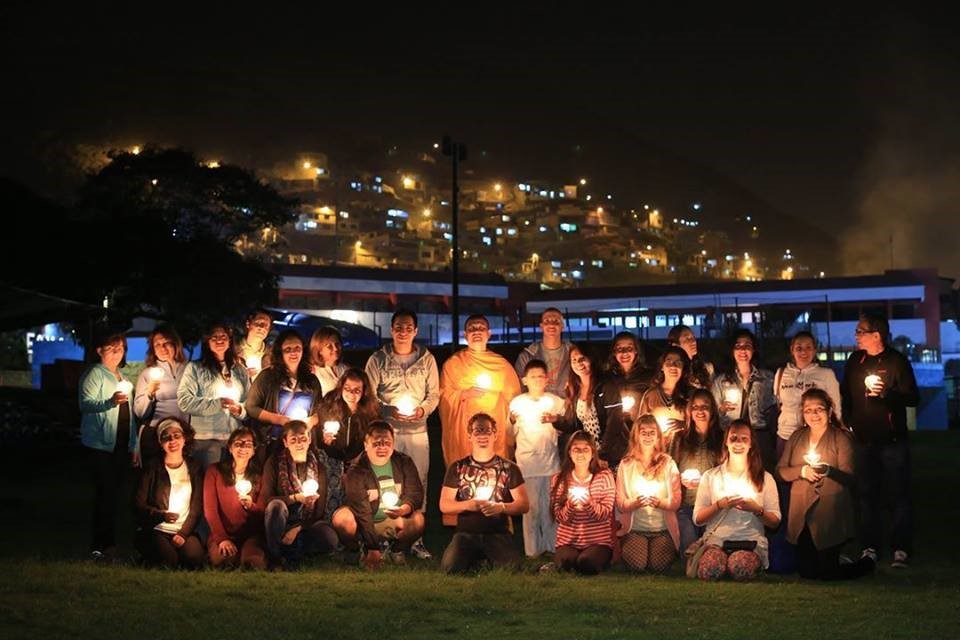 4 Ways Employers Can Support Mental Health in the Workplace